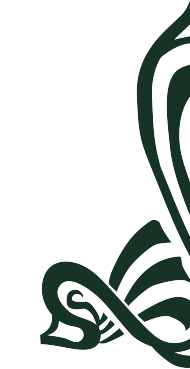 Everyone knows Belgium but no one knows where it is except of course the Belgians themselves. And yet in 57 BC, the great Julius Caesar wrote about this Gallic tribe, “Horum omnium, fortissimi sunt Belgae…*.

That’s a good start, isn’t it? For the last two millennia, this small country of 35,000 km², with 10,000 000 inhabitants, at the heart of Europe, has witnessed the passage of foreign troops– Spanish, Bourguigonne, Austrian, French, Dutch, etc.

The Belgian people politely said hello and watched the marching armies pass by.

One day, however, they had had enough of their country being considered as a perpetual battle ground where kings and emperors came to try out their warring skills. They saw red. Trop is te veel! [Too many is too much […] as former Prime Minister Paul Vanden Boeynants, would have said!]

So the Belgian people decided to go for independence and won. This was in 1830.

Everyone out! Allow us to squabble among ourselves, we are grown up enough!

The country experienced economic, scientific and social development at dizzying speed. There were the business leaders such as Empain, Nagelmackers, Franki, Ernest Solvay, Adolphe Sax, Zénobe Gramme…all headed by Léopold II, King of the Belgians and of the Congo. At the end of the 19th century, Belgium was among the five largest economic powers on earth.

Since the Middle Ages, this country full of dynamic individuals, had been known for its skills in luxury craftsmanship, trade and construction. In addition to their joie de vivre, Belgians have a rich tradition of pictorial art. Just think of the brothers Van Eyck, the Breughel family, Pierre-Paul Rubens, etc.

The works of all these great Flemish painters can be found in the best museums in the world. During two world wars, Belgium and its people were always held up as an example – courage, tenacity, subtlety and the ability just to get on with it. But even in the most difficult of times, Belgians never lost their sense of humour, their cheekiness and friendly nature.

Belgian cuisine offers a multitude of specialities which you will find by exploring this website. The Belgian people have barley and hops in their very soul

The cultivation and fermentation of these crops hold no secrets to us Belgians. There are more than 800 different beers in Belgium! Plenty to drown out our internal disputes from Liège to Ostend and from Arlon to Antwerp. Brussels, capital of the country, has also become the capital of the European Union. And what could be more natural – after centuries of having hoards from the four corners of the continent passing through. It is true that this varied land has had to face many political and linguistic complications, but it has done well out of them. All these differences vanish around a dish of mussels and chips at Chez Léon.

Belgium has always had a fondness for the arts. The low country of Jacques Brel is made up of many small explosive and creative dynamos. There are examples from literature with writers such as Verhaeren, Maeterlinck, Simenon and his famous Inspector Maigret, Hugo Claus, Johan Daisne, Françoise Mallet-Joris, Stanislas-André Steeman, Guido Gezelle, Hendrick Conscience, Michel de Ghelderode, Charles Plisnier, Ernest Claes and in the modern age, Amélie Nothomb and Didier Van Cauwelaert. However, there are too many to mention so if you’re interested, look them up in a literary reference work. Belgium, no offence to André Breton, was the centre of the Surrealist movement with Magritte and Paul Delvaux, and we must not forget James Ensor. Nowadays we have Folon, Alechinsky, Paul Bury, Reinhout and Somville. These are examples of modern art which have managed to attract international attention.

The Belgians are world champions when it comes to comic books. The Comic Book is also part and parcel of Belgomania. Hergé, Franquin, Jijé, Tibet, Peyo, Vandersteen, Morris, Will, Roba, Sleen, Walthéry….who help us imagine the adventures of Spirou, the clever groom, Tintin the boy reporter, Gaston the most adorable idiot, Natacha the sexiest air hostess, the all-blue Smurfs, Lucky Luke surrounded by the wily Dalton brothers and the fabulous Marsupilami…

This little kingdom is also the centre of song and music

Without forgetting the most famous harmonica player, Toots Thielemans, who travelled the world with his good humour and his harmonica and played at the best jazz venues. Once again, it is impossible to list all the talented celebrities. For the ones we have forgotten, we have left a little space where anyone can fill in your favourite: “……………………………………………………”.

In the world of sport, we think of Paul Frère, the gentleman driver, Jacky Ickx “Mr. 24 hours of Le Mans”, and Eric Vandepoele, Sylvain Geboers, Joël Robert and Stefan Everts who have won so many and therefore countless cross-country motorbike competitions. In tennis we have Kim Clijsters and Justine Henin at the pinnacle of the women’s tennis. The Saive brothers, who are still playing, have won all the major table tennis trophies. We would also like to salute Tom Boonen who with his rainbow jersey, became world cycling champion in 2005.

Yes sir, all these people are Belgians!

And we must not forget to mention King Eddy Merckx the Great who at the end of his cycling career, had 525 victories under his belt.

On 21 July 1969, man walked on the moon and Eddy Merckx won his first Tour de France. Forget about the moon, this is yet another example of a Belgian victory.
Paul Ide
* “among them all (Caesar was referring to the people of Gaul), the most courageous are the Belgians”.

joy joy
01:40 22 May 22
The best mussel cream soup i ever tried! A must to order in this restaurant ! The interior is pretty cozy and the staff is friendly ! The price is reasonable tho and many options for alcohol.

Pabs Mendoza
04:07 20 May 22
Always a pleasure to have mussels at this restaurant.

Radu Neagoe
09:11 17 May 22
I'd say it's the best restaurant 🍴 in his style (seafood restaurant) from Brussels. The staff is very friendly and professional. They have more space in the inside that to can imagine. If you want a table outside you should go a bit earlier because they don't take reservations for the outside table only for the inside. When you are in front of the restaurant, take a look as well around the corner, they also have tables there. Last time I was there I ordered "la plancha" it's a mix of seafood with French fries,just perfect. I was there with 3 other friends. For the food and a couple of beers we pays 100eu. It's a bit expensive but it is worthed.

Jana B
16:52 15 May 22
Sometimes you should pay attention to the google ratings! In fact not recommended. Food tasted like nothing, vegetables were not fresh. But we got bread and cheese for free.

Louis Deramecourt
13:21 14 May 22
An iconic place to eat. This place is really about Belgian culture and you should visit it. The meal was nice, not the best fries I had in my trip but farewell it was ok and not expensive (17€ for the mussels, fries and beer)

Tracey Hatton
19:25 13 May 22
Visited for Anniversary Meal 13/5/22, starter and main was fantastic but service terrible, finished mains and sat for 40 minutes, not been offered another drink or dessert, would of liked dessert and coffee but gave up asked for bill and left

Caley Plant-O'Toole
16:51 13 May 22
Delicious food and a great atmosphere. The mussels were so good.

Dylan G
13:02 10 May 22
Service was good and the food came out very quickly after ordering. This is a great place to try all the Belgian specialties, including moules frites and Flemish beef stew among many others. Good price too!

Neal Grout
04:59 10 May 22
We asked locals for a good seafood restaurant and we were told this was it. The mussels were excellent. The friend I went with drove back to Brussels from England last weekend just to take his family here to try the food.

Honeycake
12:03 06 May 22
Went without a reservation and the restaurant is huge so we were seated right away. Fries were soso but all other foods were good!

Rob Brev
10:46 06 May 22
Yes it's a bit of a 'tourist trap' but this whole area is a tourist zone. At least the quality is good and the place is not too busy. We had Moules et Frites of course!

Christina Naim
17:24 04 May 22
The mussels and fries were good but the 3* is for the rude service. If you don’t care about the service, this place serves good moules et frites with a beer at 16€. It’s a shame the waiters don’t treat customers with basic human decency.

Mariana Theuerkauf
04:40 01 May 22
we went for dinner and it was super crowded and thought we wouldn’t get a place but we did. Staff was really friendly and the food delicious. Can’t wait to come back 😍

Mircea Ciuca
21:22 28 Apr 22
After longtime not being able to be there, it was nice to find things unchanged - tasty sea food, good atmosphere, friendly personel

Ağıt deniz Doğan
17:29 28 Apr 22
You can find local and delicious foods and this is one of the oldest restaurants in Brussel

Craig
23:06 24 Apr 22
Food was mixed. Muscles were okay, vol au vont was good, frites were poor, beer was decent. If you're thinking of going here it's worth a go 👍

Tukta Zanga
21:27 17 Apr 22
If you visit Brussels and Grand place..don’t forget to take your meal here .. we used to say if you not come here then you still not arrive in Brussels 😃 well known visitor seat, culture decoration quality food with tasty plus professional services and fast .. good service for your kids with smile … enjoy your meal many choices for you.

12 March 2021 Léon beer is pale and full-bodied. It has been specially concocted by Master Brewer, Jean Pagura, in collaboration with the St-Feuillien brewery to create a delicious combination to pair well... View Article Read more 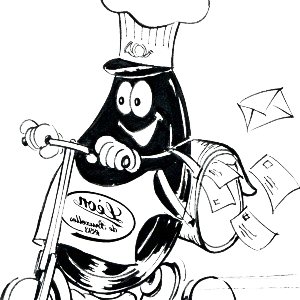